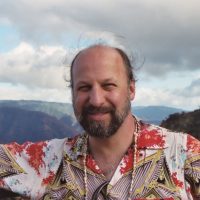 Rob Zako has been working for the last two decades on transportation, land use, and climate change issues. He is currently the executive director of Better Eugene-Springfield Transportation (BEST), which promotes transportation options, safe streets, and walkable neighborhoods.

Previously as a research associate with the University of Oregon’s Sustainable Cities Institute, he explored using the triple bottom line to make transportation and other decisions; examined the efforts of four states to reduce greenhouse gas emissions from transportation; and studied how effectively transportation investments are advancing livability and other goals.

As a planner for the Oregon Department of Land Conservation and Development, he assisted metropolitan areas reduce greenhouse gas emissions from transportation. As an independent consultant, he led the effort to establish the Lane Area Commission on Transportation (LaneACT). For five years he was the transportation advocate for 1000 Friends of Oregon. While a graduate student working on a Ph.D. in theoretical physics, Rob met his future wife Kayleen while leading an American Youth Hostels bicycle tour down the Big Sur coast of California.